Every year at Easter a flurry of activity comes over the bands of Castle Hill RSL. Nearly every year since our organisation was founded, at least one of our two bands has competed, and Brisbane 2019 saw both the Youth Wind Orchestra and the North West Wind Ensemble making the trip to Brisbane.
As always, the journey to the nationals begins with great anticipation on September 1 with the announcement of the test pieces – Oliver Waespi’s “Berglicht” for the Junior A Grade division, and Peter Graham’s “Metropolis 1927” for Open A Grade. Both pieces gave their challenges for our two bands, but our Own Choices brought their rewards. Martin Ellerby’s “Dona Nobis Pacem” proved an instant hit with the members of the Youth Wind Orchestra, taking to the many challenges of the work like a fish to water, and Michael Daugherty’s “Lost Vegas” proving to suit the North West team perfectly.
With these pieces in the folders along with our Hymns and Marches (YWO with “When the Stars Began to Fall” and “Dambusters”, and NWWE with “Greensleeves” and “The Liberty Bell”), and rehearsals completed by the Monday before Easter, we commenced our travel, arriving for Solos on Thursday where 25 members of our organisation competed. What a wonderful day for everyone at the magnificent Conservatorium.
We were yet again exceptionally proud of every one of our members for their support, hard work, placings and wins in the Solo and Ensemble events.
Come Good Friday, our MD James Brice familiarised himself with the main auditorium of Brisbane City Hall before rehearsals which took place at the YWO Camp at Redland Bay for both ensembles, followed by a combined band dinner.
Some of our proudest moments as an organisation are when our 2 bands get together and display an amazing sense of comraderie and mentorship. Dinner together with over 100 young and not so young musicians, can only be of a huge benefit to every single member of our incredible organisation. The sea of blue and white support in the audiences when our  senior band was on stage is something we will continually foster and be exceptionally proud of.
The last time the Nationals were held at Brisbane City Hall was in 2008, and we were all excited to play in the main auditorium with its vibrant and lively acoustic.

The Youth Wind Orchestra took to the stage early in the day, while most of the Brass Band players were out at the Parade of Bands in adjacent Adelaide St. The YWO performance started with the Test, followed by the Hymn, Own Choice, and concluding with the March. Strong competition on the day saw YWO placing second (by one point) behind local stars the Queensland Youth Orchestra Wind Ensemble, with our Sydney neighbours the Northern Youth Symphonic Wind placing third.
After supporting our junior members in the Brisbane City Hall, North West Wind Ensemble members enjoyed a relaxing day before returning to the City Hall in the late afternoon to prepare for our performance. Taking to the stage around 8pm, with the full support of all YWO members in the audience,  North West also performed in the same order as YWO – Test first, then Hymn, Own Choice then March. “Metropolis 1927” provided a solid start to the performance, but it was “Lost Vegas” that had the band truly “fired up”. With a score of 197 points, “Lost Vegas” achieved the highest individual score for any single item of any band over the entire contest. Outstanding performances in both Hymn and March led to North West retaining the National Championship, the band’s 7th Nationals victory. Local powerhouse band Queensland Wind Orchestra gave some amazing performances to place second, with the Queensland Youth Orchstra Wind Symphony placing third.
At the end of the day when all is said and done, a National Championships can’t be run without the hard work and dedication of many volunteers. The Castle Hill RSL bands would like to offer our sincerest thanks to Annette Ries and the QBA team for a wonderfully organised contest. We also offer great thanks to Tim Kelly and his amazing team from Brassbanned for providing their outstanding live stream, bringing Brass and Concert Band music to thousands of viewers worldwide, including the families and friends of many of the members of both of our bands who were unable to join us in Brisbane in person. 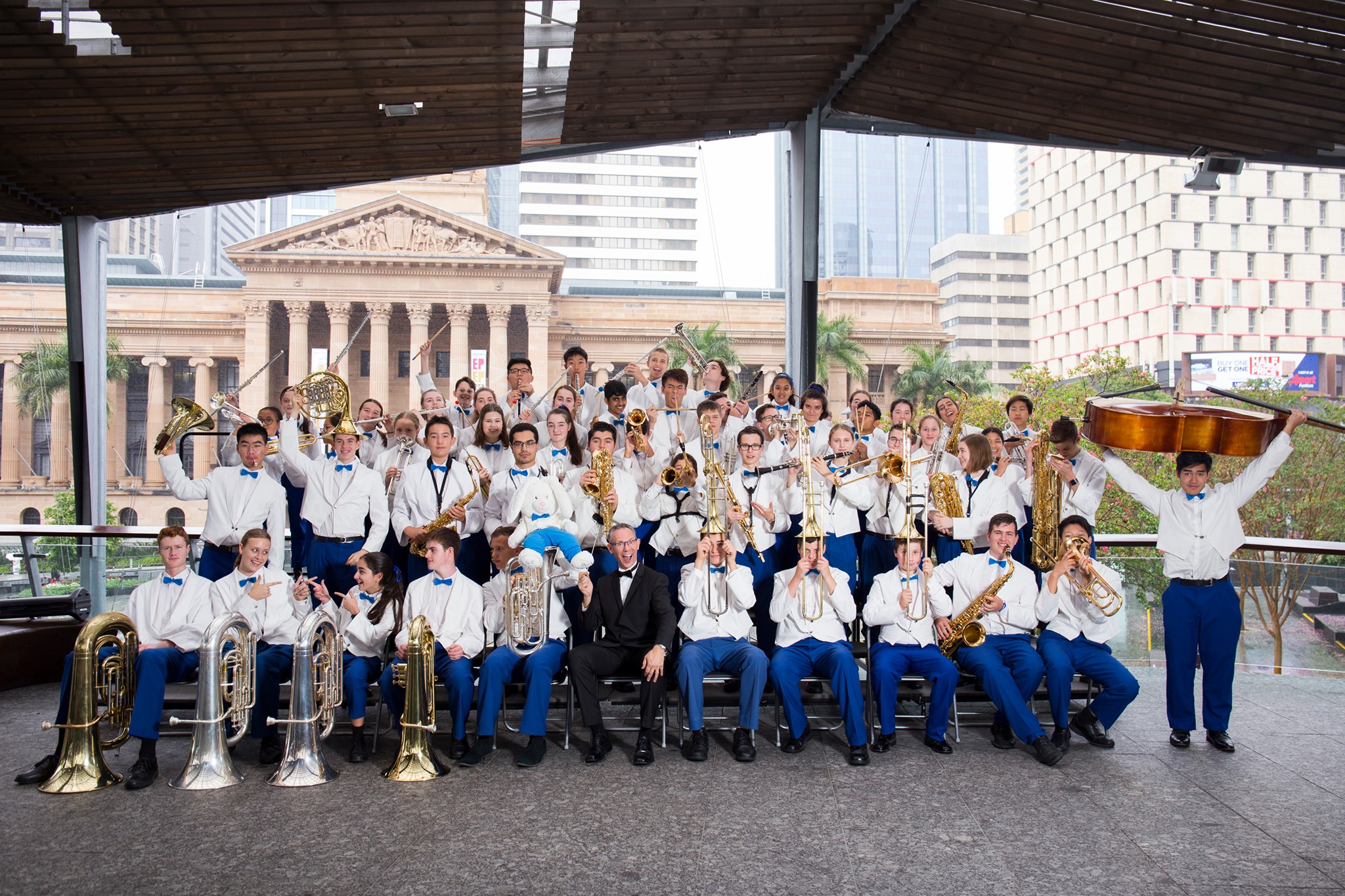